Here are some remarks by attorney etc (translated by Mr. Heiwa Kataoka)

Here is Attorney Toshio Yanagihara's remark of the conclusion of the judgment by the Sendai High Court.

Today, the Sendai High Court clearly states that plaintiffs live in Koriyama city have been exposed by low-level radiation, and the long-term exposure is concerned damages of their lives, bodies and health in comparison to damages brought among children after Chernobyl disaster, which means children and people in Koriyama city might have grave consequences for their lives, bodies and health. This is an epoch-making finding of fact, which should definitely conclude with judgment for saving children from danger.

However the Court didn't do so. Nevertheless children in Koriyama city are in danger, be still. How such an acrobatic conclusion come? The extreme logic is based on an idea "Ones who think it danger evacuate voluntary. Take your own risks, there's no need to do anything for the city and the government."

No way, it's turning things upside down!! Victimizers, the government who brought the nuclear disaster and a municipality, Koriyama city who has constitutional duty to educate children in a safe environment should take risks. Essentially, children who are innocent and 100% victimized by the nuclear disaster have nothing to absorb.

Has there ever be judgments worse than this delusive and brutal one that dismissed a claim to save children in danger turning things upside-down with extreme logic?
This conclusion cannot be accepted. We have to straighten this wrong judgment with our hands, I think this is the way of responsibility for children. From now on, raise your voice again and again!!

We still need your feedback at "Your Feedback Wanted; Action Just After Judgment"

We received Dr. Matsuzaki's and Prof. Koide's remarks on the conclusion of Sendai High Court. We still need your voice to straighten this judgment which decides a future and lives of children in Japan.

Sendai High Court dismissed a claim of plaintiffs, nevertheless they recognize that it would be concerned a serious matter on lives, bodies and health of children because of the Fukushima nuclear disaster. Even if children changed routes to schools, they stay in contaminated areas for the last two-third time of daily lives.
However, the conclusion acknowledges a danger in another respect, so I think it can be a foundation of our new movement which demands a collective evacuation from the middle area of Fukushima Pref. including Koriyama city. Let's keep on struggling to save children's and people's lives and health.
Be the conclusion our "weapon", that evidences radioactive contamination brings a serious matter.

I received the conclusion of the Sendai High Court. As I've been saying that I won't trust in any trials, the conclusion heightened my feeling.
Nonetheless the judgment acknowledges a danger of low-level radiation exposure, it says no immediate risk on health. In addition, it concludes the only solution is to evacuate or relocate; changing schools is not enough to avoid radiation exposure over 1mSv/y.
Yes, that point of the conclusion is absolutely right. In order to avoid radiation exposure over 1mSv/y, there's no other way to evacuate from contaminated areas including Koriyama city. The government has responsibility to do so, and I've been insisting so.
In spite of that, the judgment dismisses a claim of plaintiffs saying they may be able to evacuate or relocate anywhere if they want safer environment below 1mSv/y.
The problem is clear that the government is responsible for this forcible radiation exposure toward children; people in contaminated areas are not responsible for. The Court which cannot recognize this point is very much like a slave of nation.
April 24th, 2013
投稿者 Save Kids Japan 時刻: 10:52 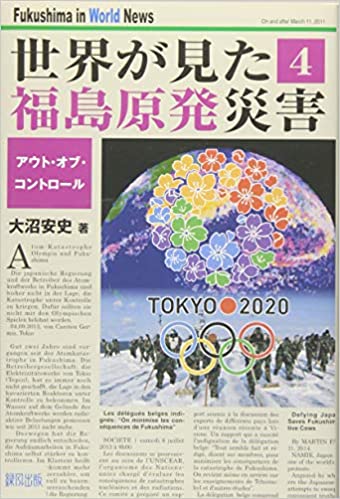 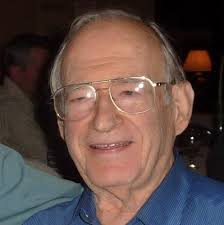 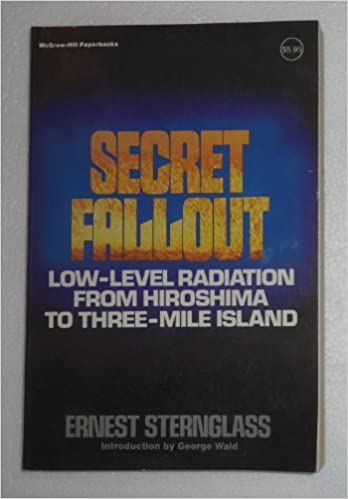 Radioactive Baby Teeth with Sr 90 found around nuclear power plants in the US!!! 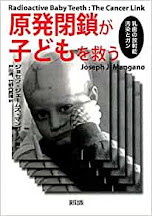 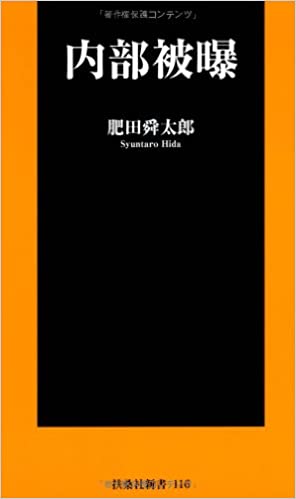 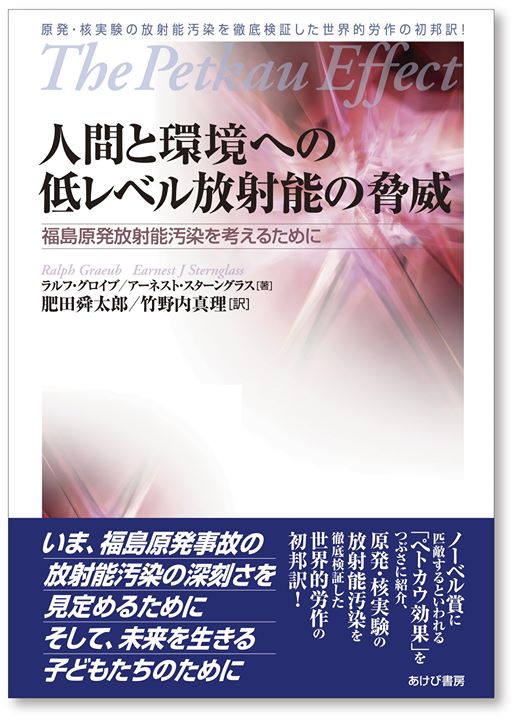 Health hazards even among US people living around nuclear power plants!!! 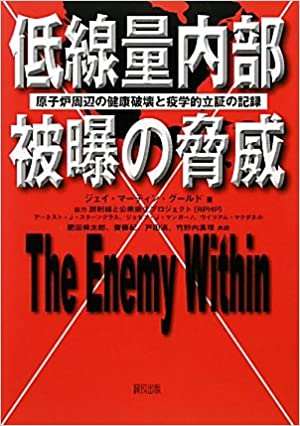 Dr. Bandazhevsky's 1st book in English and Japanese. Buy one at amazon.co.jp Search with バンダジェフスキー

Medical and Biological Effects of Radiocesium Incorporated into the Human Organism

Reproduction of Human Beings in Condition of Radiation Exposure 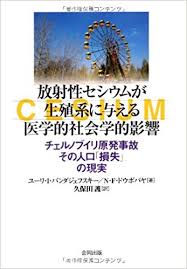 Dr. Bandazhevsky's 2nd book in English and Japanese! Buy one at amazon.co.jp バンダジェフスキー

Impacts of Radiocesium on Demography and Pathology 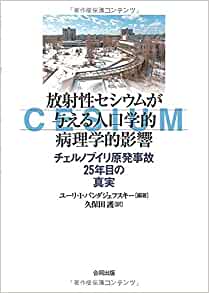 Some are in Japanese. Incorporated radiocesium impacts

Belarussian dissident Professor Yuri Bandazhevsky has exposed the long-term health repercussions linked to Chernobyl. His wife has suffered from thyroid and womb cancers which he attributes to radiation. He conducted research into the impact on foetuses from their apartment in Minsk. He is a fervent opponent of nuclear power.
"To those sitting in offices, debating this issue, I have a simple message: to want more nuclear power rather than less is madness. I wish I could show these people what I see in mortuaries in my country. I wish I could show them the horror of what my experiments reveal. I would say to them, 'Do you need further proof?'" (Source: Yorkshire Post)
ベラルーシから亡命したバンダジェフスキー教授は、チェルノブイリの長期的な健康影響を明らかにした。 妻は彼が放射線に起因するとしている甲状腺と子宮癌に苦しんでいる。 ミンスクでは、胎児への影響についての研究も行った原子力に猛烈に反対する医科学者である。
「原発問題を議論しているオフィスに座っている人たちに、私はシンプルなメッセージを伝えたい。さらなる原子力を望むことは狂気でしかない。私の国の遺体安置所をこれらの人々に見せてやりたい。 私の実験が明らかにした恐怖を見せてやりたい。彼らに「あなた方はこれ以上証拠が必要なのか？」と言ってやりたい。」

Yuri Ivanovich Bandazhevsky (63) graduated from the Grodno Medical Institute in Belarus, and became a medical doctor, professor, member of the New York Academy of Sciences. At the age of 31, he became the youngest professor of medicine in the USSR. In 1990, at the age of 33, he became the first founding rector (president) of the Gomel State Medical Institute with 200 faculty, 1500 students, and 300 staff. After many years of research, he made an official conclusion about the real situation with radioactive contamination in Belarus. In 1999, he was arrested on suspicion of terrorism, later convicted for allegedly receiving a bribe, and was released in 2006. He became the 25th person to receive a Freedom Passport, approved by the European Parliament. He is a honorary citizen of 17 French cities, including Paris. He leads an international research center "Ecology and Health (https://chernobyl-health.org/)", established in Kiev, conducting research in contaminated areas of Ukraine.
ユーリ・イワノビッチ・バンダジェフスキー教授（1957年生まれ、63歳）は、医師でニューヨーク科学アカデミーのメンバー。グロドノ医科大学を卒業後、医学博士号を取得し、31歳というソ連史上最年少の医学部教授となる。1990年33歳で、ゴメリ州医学研究所(教員200名、学生1500名、職員300名)を創設、初代学長に就任。９年の研究を経たのち、ベラルーシの放射能汚染の実状について公式の結論を出すが、1999年テロリズムの嫌疑をかけられ逮捕、のちに賄賂を受け取ったとされ有罪となり、6年間拘留された後、欧州議会よりフリーダムパスポートを承認された25番目の人物として、2006年に釈放。パリを含むフランスの17都市の名誉市民。キエフに設立された国際的研究センター「エコロジーと健康」(https://chernobyl-health.org/)を率い、現在もウクライナの汚染地域で研究を行っている。
バンダジェフスキー博士の英日論文サイトは、https://bandazhevskypaper.blogspot.com/